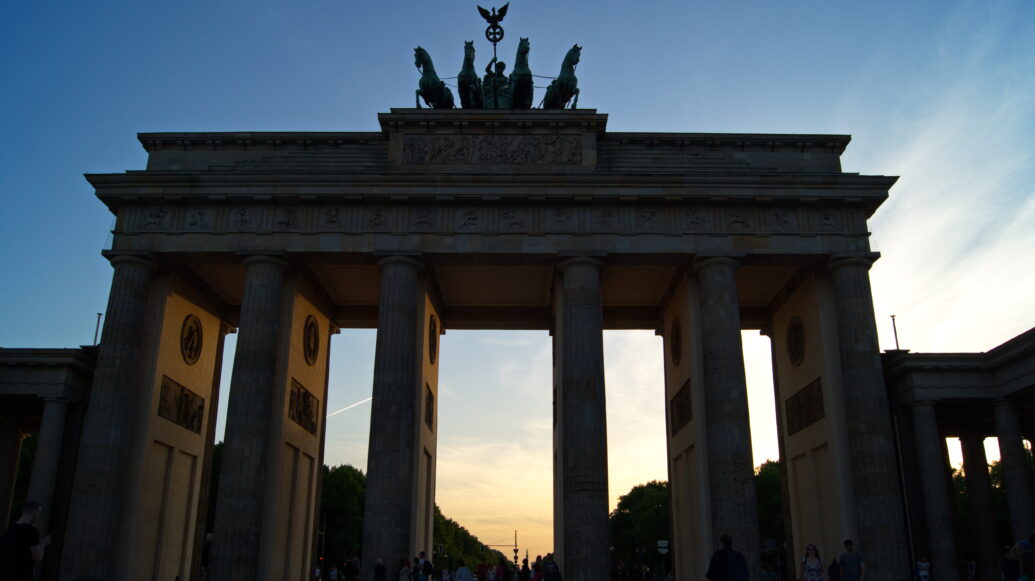 What to see in Berlin?

By: polegytravels
In: Europe, Germany, Travels

It has been hard to convince me to visit Berlin. I really don’t know why this city never seems attractive to me. We had been to the south of Germany before, but never in the capital. Until our last road trip. The way to the Netherlands was too long so we decided to spend two days before in Germany. We chose Berlin. Check which places are for us the most interesting attractions of Berlin.

In the past, there was a smaller cathedral in the baroque style. The actual one was built in 1894-1905 in Neo-Renaissance style and it can hold 1500 people! I’m not a fan of visiting churches but this cathedral is impressive. Apart from that, it’s located on the Museum Island so for sure you will have a chance to see it.

I don’t think that visiting all museums that you find in a guidebook is a good idea. Even if the most popular museum somewhere is related to art, and you are not interested in that, you shouldn’t waste your time. We travel for pleasure and each of us likes something different. However, I believe that the biggest attractions of Berlin are its museums. Why? They are so diverse that everyone can find something interesting. The Natural History Museum, Museum of Photography, German Museum of Technology, there are also many museums related to the Second World War for example Topography of Terror or Jewish Museum. For the first time I regretted not having few days just to visit museums! On account of our limited time, we chose the New Museum (Neues Museum) which a collection of artifacts from Ancient Egypt. We couldn’t skip it, we had to see the Nefertiti Bust during our stay in Berlin.

It’s located in the historical center of Berlin. In the center of the square there is a theater (Schauspielhaus) and two churches: the German Church (Deutscher Dom) and the French Church (Französischer Dom). Gendarmenmarkt was created at the end of the 17th century and ever since had a function of a main square.  Until now it is considered to be the nicest square in Berlin. 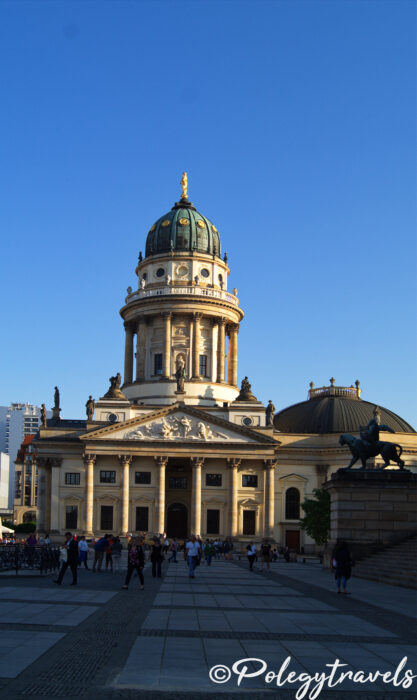 The Gate is the most popular building in the capital of Germany. It used to be a part of Berlin Custom Wall. Brandenburg Gate was built at the end of the 18th century and it was inspired from a Greek gate in the Acropolis. It consists of 12 Doric columns which form five passageways. During the partition of the city between East and West Berlin, the passage was closed and the gate was surrounded by the Berlin Wall from both sides. After the fall of the Wall in 1989, the Brandenburg Gate became a symbol of united Germany.

Reichstag building is the seat of German Bundestag. The building was constructed in the baroque style at the end of 19th century and in 1933 it was almost completely destroyed in a fire. In the 60s it was reconstructed and in the 90 it was rebuilt again. Reichstag is very close to the Brandenburg Gate and it’s really amazing! Especially the glass dome makes the building so impressive.

In the capital of Germany there are many places which commemorate the Berlin Wall. There is even a whole museum dedicated to this subject. During our visit we went to the Berlin Wall Memorial in Bernauer Straße. You can find fragments of the wall there, a lot of information related to history, even a monument with photos of people who died trying to get to the other side of the wall. It’s a very interesting place and you can learn a lot there.

The memorial consists of 2,711 stelae of different sizes. It commemorates the Jews who died during the Holocaust. Another place that makes you think about the history of Europe. Actually, it should be a place where you have a chance for some reflection if it wasn’t full of screaming tourists. It was the first time we went to a place which visitors didn’t respect at all. Screaming, climbing the stelae, jumping on them, running from one to another, taking funny selfies on the memorial… I really can’t understand why people treat it just as another attraction where they can take a nice picture… It’s a shame because the place has a completely different purpose. The idea of installing the slabs is very interesting and the memorial impresses with its size.

I regret not going to Berlin before. The reluctance to visit the city was gone once we arrived there. Berlin impressed me and I hope to go back there again.

Have you been to Berlin? Which places did you like most? What would you add to our list?