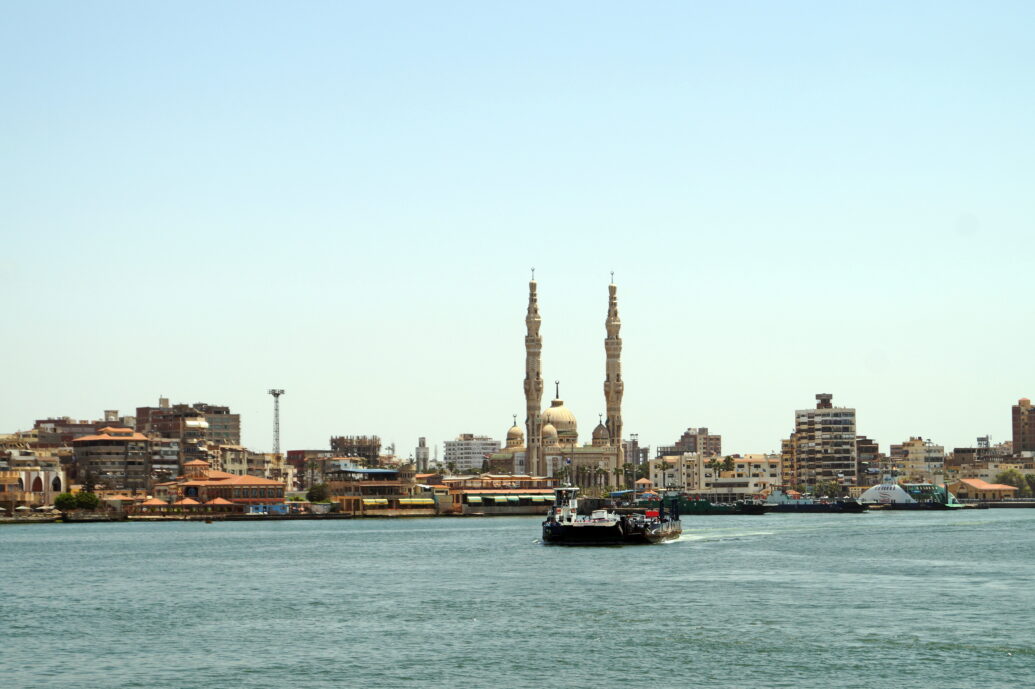 Port Said, a city between Africa and Asia

By: polegytravels
In: Africa, Egypt, Travels

Poles associate Port Said mostly with a novel “In Desert and Wilderness”. According to the story it was there where fathers of Staś and Nel worked in the construction of Suez Canal and the children were kidnapped. How does the city from the novel look like now? What is worth visiting there?

Almost 5 years have passed since I first visited Port Said. It was the first city I went to in Egypt. I was there 4 times and we still go back there. At the beginning I couldn’t see the beauty of Port Said and I used to believe that it’s a city forgotten by everyone where nothing happens. It was during the last stay when I realised how much I love that place. Check out why 🙂

It’s true that Port Said is not a popular travel destination. You won’t see many tourists there and if you see any it will probably be a passenger from a cruise passing through Suez Canal. Nevertheless that situation has many advantages. There you can see how Egypt is like outside the touristic cities.

Port Said exsists only since 1859. It was created because of the construction of the Suez Canal. It’s worth to mention that still before that it was an important point on the route between Africa and Asia. Its name comes from Muhammad Said Pasha, the wali of Egypt from 1854 till 1863. In Arabic it’s called Bur Said (بور سعيد) and it’s the fifth biggest city in Egypt.

The center of Port Said is a square with a Martyrs Memorial. This is where people gather for demonstrations. I still remember this place full of inhabitants of Port Said after removing the president Muhammad Mursi in July 2013. The monument has a form of Pharaonic obelisk that imitates the one that pharaohs used to eave in the sites of their victories. Nowadays there is a Museum of Modern Art and a very interesting sculpture. If you go from the square in the direction of the port you can see other attraction points of the city, the Latin Cathedral – the biggest one in Port Said and numerous mosques.

Life goes on in the port

In the evening Egyptian cities get back to live. More people go out, go shopping, meet friends, go for a walk. Then the weather becomes bearable and it’s nice to spend time outside. The most crowded place in Port Said are many beaches and Corniche – a walkway along the harbour. On the one side of the Corniche there is a monument or actually a place where used to be a monument of Ferdinand de Lesseps, a French diplomat who constructed the Suez Canal. During the Suez Crisis in 1956 the monument fell so it was moved to the shipyard in Port Fouad. On the other side the walkway ends with a port where ferries take people from Port Said to Port Fouad every few minutes. Behind the port we can see the most important building in the whle city, building of the Suez Canal Authority.

The better view is of course from the other bank of the canal from the island Port Fouad. While walking along the canal you can also admire the Lighthouse of Port Said, constructed before the opening of the canal. At the beginning it was used to guide ships through the Suez Canal. Later on it has been pushed to the interior of the city and is no longer of use.

On the Asian side

Port Fouad is an island which belongs to the Asian Sinai. It’s a much calmer place tha Port Said. I love going to the beach in Port Fouad. When we meet friends I always convince everyone that we should meet there even though I know we will have to drive through half Port Said to get home. While going by ferry you can already see the Grand Mosque of Port Fouad. It looks astonishing both at daylight and at night. Port Fouad has its charm and for us also many beautiful memories.

Many times Port Said was a place of important historical events. During the last visit in Egypt we managed to visit the Army Museum. It’s the only historic museum left in the city. It contains really interesting exhibits, types of weapons, tanks, beautiful paintings showing historical events. Unfortunately, it’s not well prepared for foreign tourists. Not all information inside is translated to English and the quality of what is translated is not very good… We just look at the exhibits and read the information in Arabic.

After two years of absence in Port Said we could see many changes. Some of our favourite places were closed and new ones were opened. We were surprised to find two Central Perk cafés – one in Port Said and one in Port Fouad. Both are inspired by the one famous from “Friends” series. They are climatic places with amazing coffee and cakes. Just perfect for meeting with friends 🙂 You should definitely go there if you want to rest after visiting.

Why is it worth visiting Port Said?

Visiting Port Said is a perfect occasion to know a bigger city in Egypt that is not as tiring as Cairo. The weather is much nicer, thanks to its location at the seaside even high temperatures are easier to handle. In Port Said you can learn about the culture of the country and practice the language. The huge advantage is that the prices are lower compared to other cities. Eating in a restaurant, buying souvenirs cost less than in touristic places. What’s more it’s a food paradise especially for those who love seafood. Who wants to go to Port Said now? 🙂